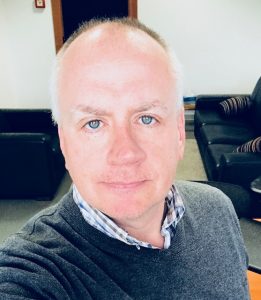 Dr. Regan Shercliffe completed his PhD in Clinical Psychology at Simon Fraser University in Vancouver BC, Canada and his predoctoral residency at the University of British Columbia. Before joining the United Nations in 2010, Dr. Shercliffe held an academic position in Canada conducting research in the areas of trauma and refugee adjustment to Canada, as well as teaching undergraduate and graduate classes and supervising several MA and PhD students. Along with his academic work, he had an active clinical caseload specializing in PTSD and trauma. Since 2010 he has worked as a staff counsellor with UNHCR, UNICEF and is currently the Chief of Staff Counselling for The United Nations World Food Programme and is based in Rome.  He has travelled to and worked with UN staff in over 30 countries including Syria, Iraq, Myanmar, Afghanistan, Pakistan, China, Egypt and Lebanon.