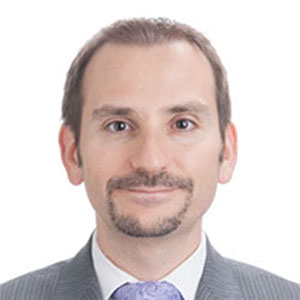 Olivier Fleurence holds a PhD in international law from the University of Paris II and has been working in international organization for nearly twenty years in the area of HR. He started his career in Geneva with the Consultative Committee on Administrative Questions (CCAQ) dealing with HR issues faced by the UN Common System before moving to the International Atomic Energy Agency (IAEA) in Vienna. Since 2001, he has been working with the International Monetary Fund (IMF) in Washington, DC, where he currently is the Senior Personnel Manager in the Human Resources Department.

A founding member of AHRMIO, Olivier wrote the statutes for the association when he was with the CCAQ in 1998 and has been involved with the association ever since. After serving as Legal Advisor to the Board for many years, he was elected as Chair in 2012.