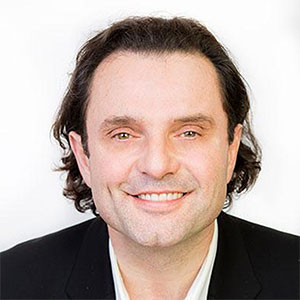 Eric Cornuel is the Director General & CEO of EFMD in Brussels, Belgium, and of the EFMD Global Network Geneva, Hong Kong & Miami.

Eric started his career as an entrepreneur by setting up an hydroelectric power plant in France when he was still a student. He was also Director of the HEC Institute for Central and Eastern Europe (Paris) and then served as Dean of KIMEP from 1997 to 1999. From 1996 to the present, Eric Cornuel has been affiliate Professor at HEC Graduate School of Management, Paris.

Eric Cornuel is, among others, a Board Member of the EIASM, CEIBS and the GFME (Global Foundation for Management Education).

In December 2014 Eric was awarded the National Order of the Legion of Honour by the President of the French Republic, in recognition of his outstanding contribution to higher education and research.