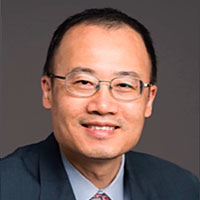 Prior to joining IFC, Ted was Professor of Practice Economics at New York University – Abu Dhabi. From 2010 to 2013, he was Chief Economist for the Abu Dhabi Investment Authority, providing macroeconomic guidance to the fund’s investment strategy and tactical asset allocation. Prior to 2010, he was Chief Economist and Director of Global Industry Analysis at General Motors, leading a team of regional economists and product planners, spearheading the company’s growth in emerging markets. Chu’s earlier roles include Macroeconomist for the World Bank’s Central and Eastern European operations, Management Consultant for Arthur D. Little, Inc, and Economic-Engineering consultant at Silicon Valley Start-up, Decision Focus, Inc.

Despite Ted’s very full and high level professional life, he has also written and published an authoritative philosophical treatise: Human Purpose and Transhuman Potential. In this book, Ted re-examines the question of human purpose in light of the extraordinary developments of science and technology, arguing that a deep understanding of our place in the Universe is required to navigate the magnitude of the choices that lie ahead.

An American citizen since 1996, Ted was born and raised in Shanghai. He holds a PhD in Economics from Georgetown University, and a BA in Economic Management from Fudan University, China.