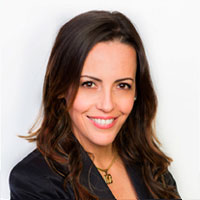 Helke Carvalho Hernandes is the Vice-President of EFMD based in Brussels and EFMD Global based in Geneva. For both institutions, Helke is in charge of international development managing the Hong Kong and Miami offices. Prior to this position, Helke was the Director of the Marketing, Communications and IT at EFMD.

In 2014 she was appointed Executive Director of AHRMIO – The Association of HR Management in International Organisations, a network dedicated to furthering the management of people in not-for-profit international organisations in the governmental and non-governmental sectors.

Since 2012 Helke sits on the CEIBS (China Europe International Business School) Board of Trustees as the European observer.

Helke started at EFMD in 2001 in the Networking Unit after graduating from Solvay Business School where she completed a Master on International Trade. She was a project manager and subsequently manager of three networking groups within EFMD: MBA, Undergraduate and Public Sector. She moved to the marketing department in 2007 as manager with the responsibility of building the department.

Before joining EFMD, Helke worked for ten years at HSBC Bank Brazil where her last position was account manager. She received a Chemical Engineering degree in 1994 from UNAERP in Brazil. Helke completed her MBA programme at ESCP Europe in 2007. For two years she was the Director of International Relations of the ESCP Europe Club MBA – the Executive MBA alumni group.

Helke is Brazilian and lives in Brussels with her husband and daughter.